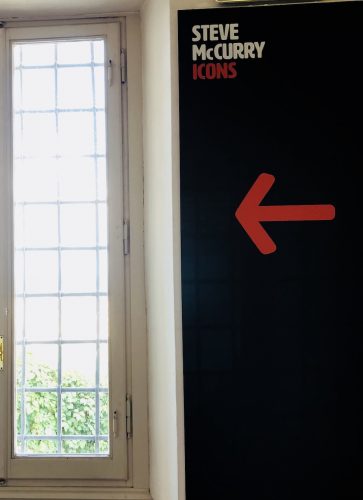 I found this Steve McCurry exhibition by chance, while wandering the backstreets of Florence – a city with so much culture apparently makes this significant exhibition invisible on Google.

The museum itself posts its website only in Italian (an odd choice for a city that lives on tourist income) – https://www.villabardini.it/evento/icons-di-steve-mccurry/2018-08-05/ . However, there is another Italian site with English captions available and information on the exhibition (at an earlier venue) – http://www.stevemccurrypavia.it/index-en.php. The exhibition features over 100 of McCurry’s works, described as ‘perhaps the best of’.

It was early 2016 when a scandal broke about McCurry’s use of Photoshop (some examples at: https://petapixel.com/2016/05/26/photoshopped-photos-emerge-steve-mccurry-scandal/) in the context of photojournalism. I recall this surprised me at the time as McCurry’s photos always seemed super-real and cinematic and I’ve never thought of them as anything other than photoshopped. Surely industry representatives couldn’t have thought otherwise too? I ignored this context when looking at the photos as I’d always perceived them as ‘story telling’ rather than photojournalistic works. 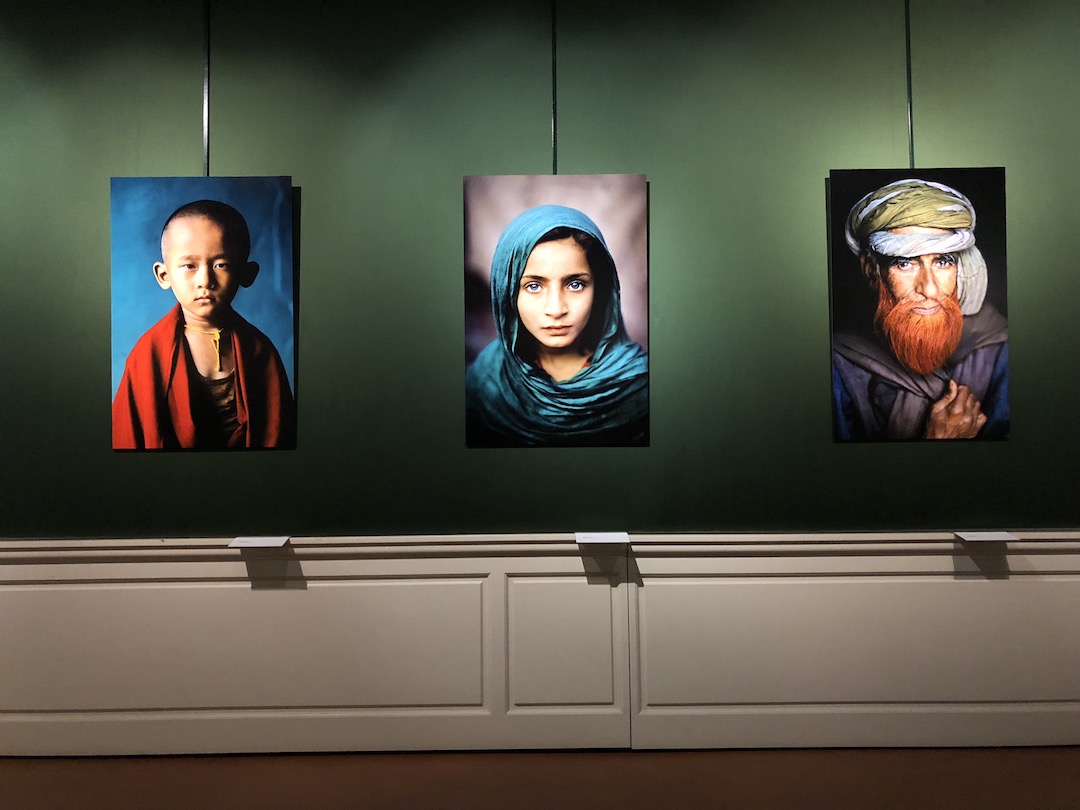 McCurry is said to be one of the most popular photographers in the world (just Google) and his photo ‘Afghan Girl’ the best remembered photo of National Geographic. I found it fascinating to have the opportunity to see so many of his works in print at exhibition.

The exhibition space itself covered 7 or 8 different rooms, each relying on controlled artificial light to show the works under highly controlled conditions. I was seeing them at their best without environmental distractions. There were very few visitors (on a Sunday in one of the world’s biggest tourist cities) perhaps reflecting the apparently lack of publicity on the web ‘what’s on sites’.

I found the images visually stunning – hyperreal with cinematic qualities. Images were full of contrast and vivid colours, with the viewer directed to the subject; eyes often bright and piercing; backgrounds apparently darkened or obscured completely in post production. They are mostly stories of faces. Faces of ‘other’ from places often beyond the reach of the western viewer. McCurry’s philosophy of photography seems involve creating a visual feast. He talks about his philosophy on his own blog (https://stevemccurry.blog/2017/03/01/on-portraiture-2/), saying:

Portraits reveal a desire for human connection;
a desire so strong that people who know they will never see me again
open themselves to the camera,  all in the hope that at the other end
someone will be watching,

someone who will laugh or suffer with them.

In his portraits, subjects mostly look directly into the lens and therefore, directly from the print to the viewer. Eye contact, reflecting how we look when communicating intensely and directly with others. It is perhaps essential to that sense of ‘human connection’, otherwise we feel like voyeurs or bystanders.

I suggest that why McCurry’s photos are so popular is that not only for the moments they capture, the eye for form and compositions, but also because of the look. They are clearly not something that ‘anyone could take with an iPhone’ even to the uneducated eye. There is a creative element to the processing of the images (signs of craft), not just the eye for the capture and hard work in creating the lucky moments. They are obviously images and cannot be mistaken for mere ‘windows on the world’.