I’d decided to photograph my own shoes and wanted to place them in white empty space to allow others to imagine stepping into them or how the shoes might be used by my different selves. I’d already played with the idea of black space but considered the darkness spoke of death, and these are to be photos of ‘living man’s shoes’.

Here’s an iphone shot of the set up I made for the shoot. This allowed me to capture the shoes in detail, including their current as-is state of condition and minimise information lost in the shadows. 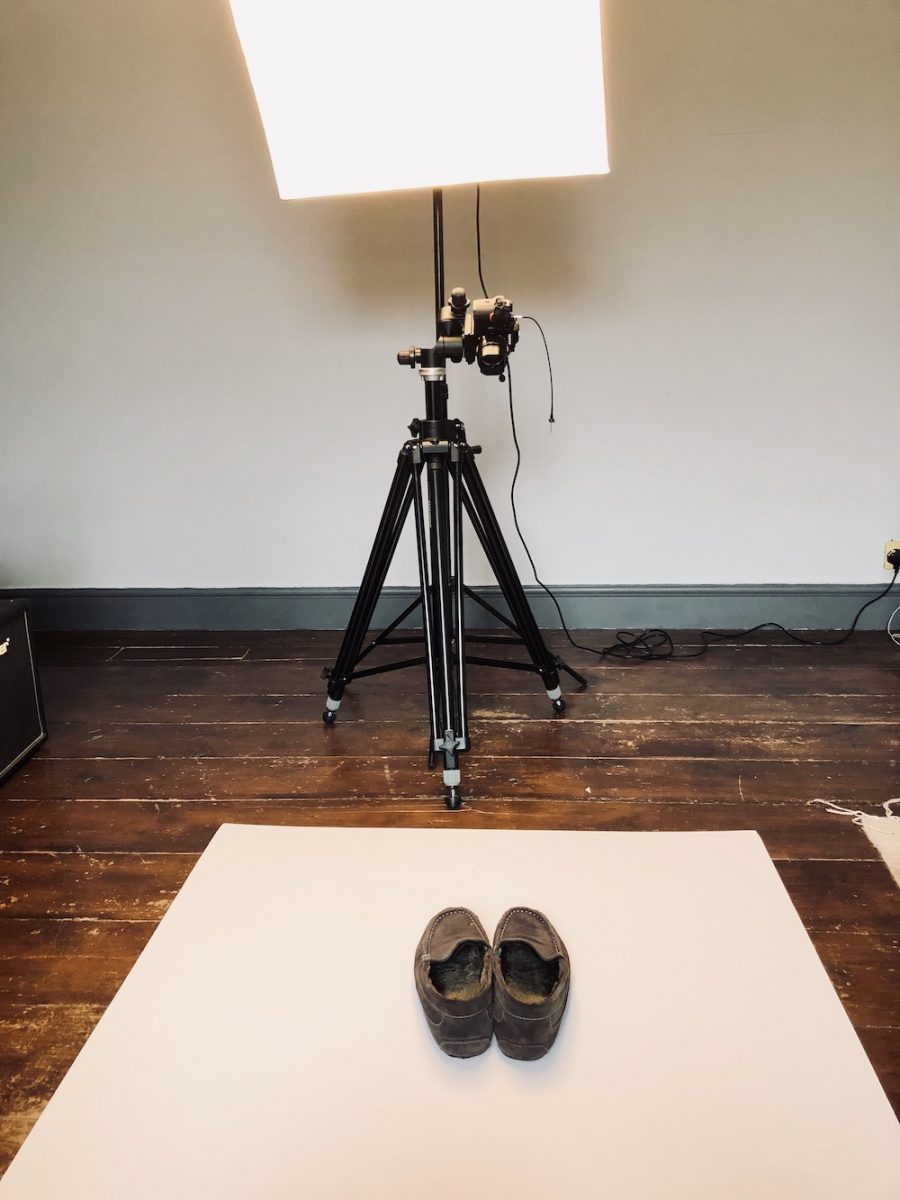 The camera was mounted on a tripod to maintain a consistent point of view for all shots and allow for a long exposure while just using the modelling light of the studio strobe. All shots were at f/8 for 5 seconds. ISO 200. Metered to ensure the white card recorded as mostly white to minimise post-work.  I tried various lenses before settling on a Fujinon 35mm / f1.4 (efl approx 50mm) – this allowed some space around the subject and has a similar angle of view to the human eye; helping with the illusion that we might be standing in front of the shoes when looking at the image.

To maintain consistent placement within the frame as I swapped different shoes in an out, I used some improvised blocks. I also used a clean glue brush between shots to clean up any bits dropping off the shoes onto the white card. [edit] I found on post-processing that the selected shots were not as closely aligned in the frame as I’d hoped when viewed as a series – perhaps because of the different sized objects and not being careful enough when placing the blocks and swapping the objects. However, I addressed this in post by using guides in Photoshop and shifting a newly merged layer into alignment over a clean white layer. Because the original shots was successfully exposed against white, this was relatively straightforward. 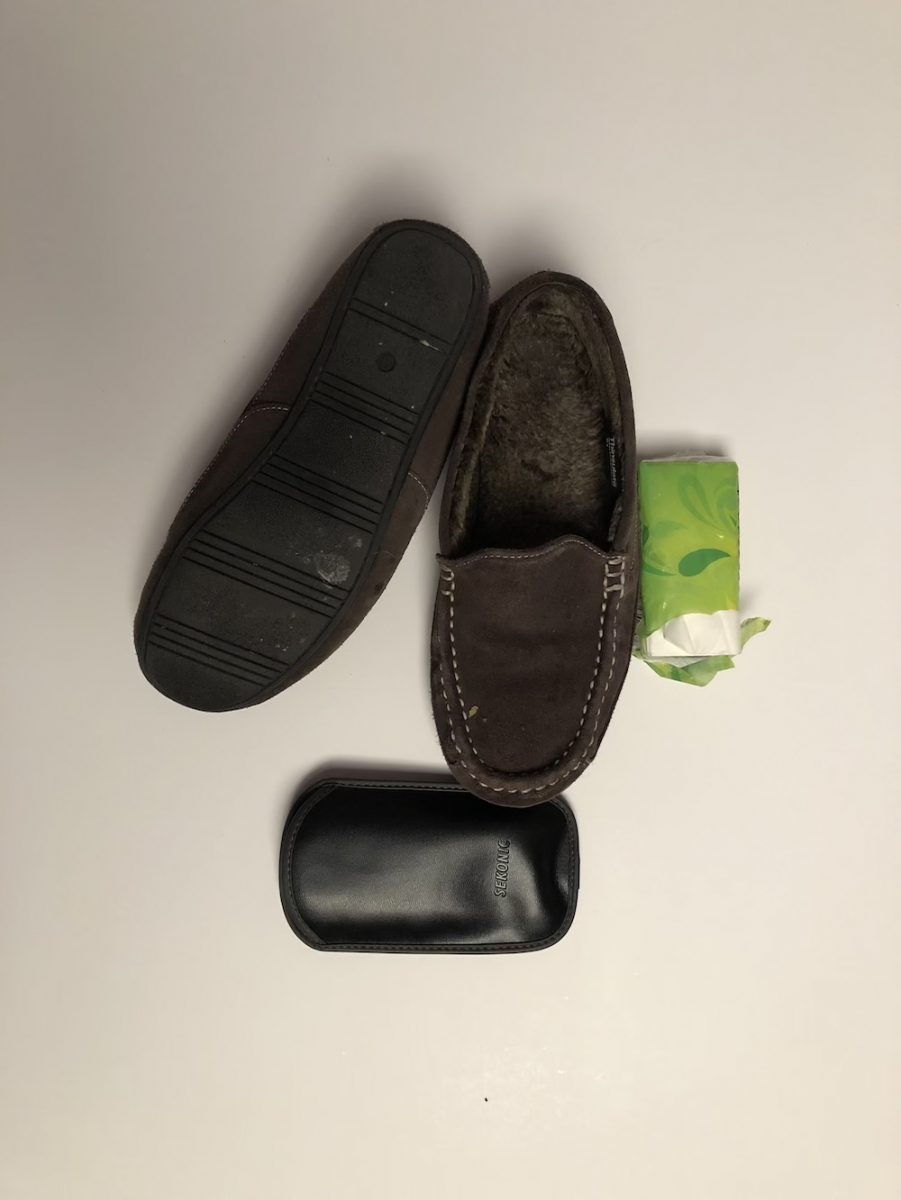 As well as testing the set-up before making repeated shots, I determined an approach to post-processing in Photoshop that would be applied consistently to each image to ensure uniformity. All based on the Fuji classic chrome colour profile in Lightroom, for muted colour tones. 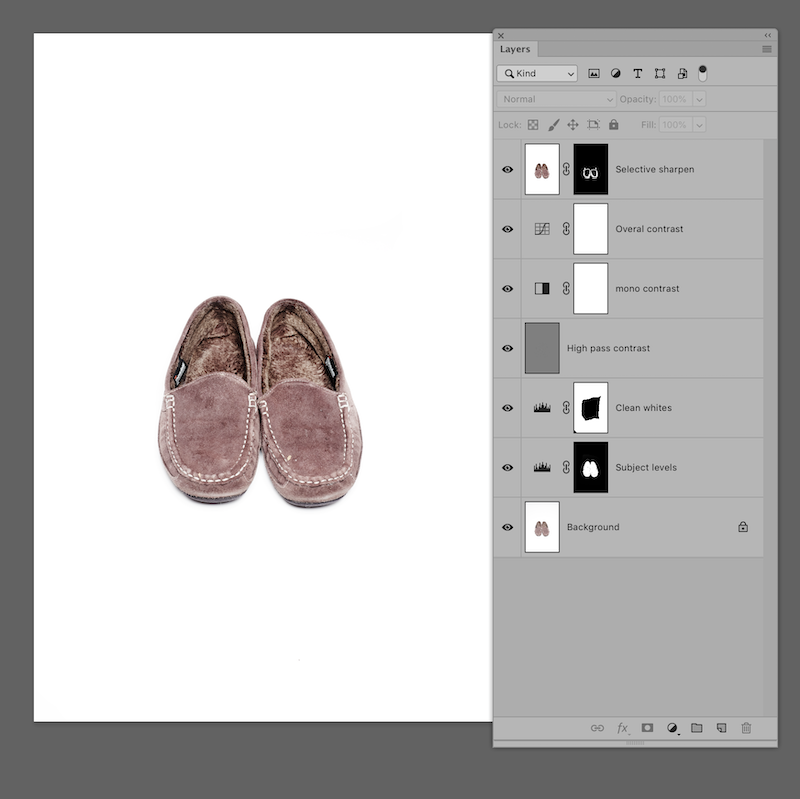 I wanted to add in considerable detailed contrast to show the wear and tear of the shoes, hence the various layers to deal with that. I experimented with adding more richness to the colours (through a LAB layer) but decided a muted, worn look would better fit the narrative.