The photo shoots were taking longer than expected to complete – mainly due to some volunteers dropping out and me having to go back around a loop. Therefore, I put some preliminary work (shown below line) up on OCA Discuss for feedback to ask for input on the direction of the work and also to discuss areas I was finding problematic.

As I move forward with the work, I’ve decided to simplify the approach and use the instruments as a symbol of the sitter’s environment against a black backdrop to keep consistency in the series.

I invite you to look into the places where I found kindred spirits.

The work would be disseminated as large prints on walls with small postcard-sized cards of the decontextualised portraits and text below the prints. 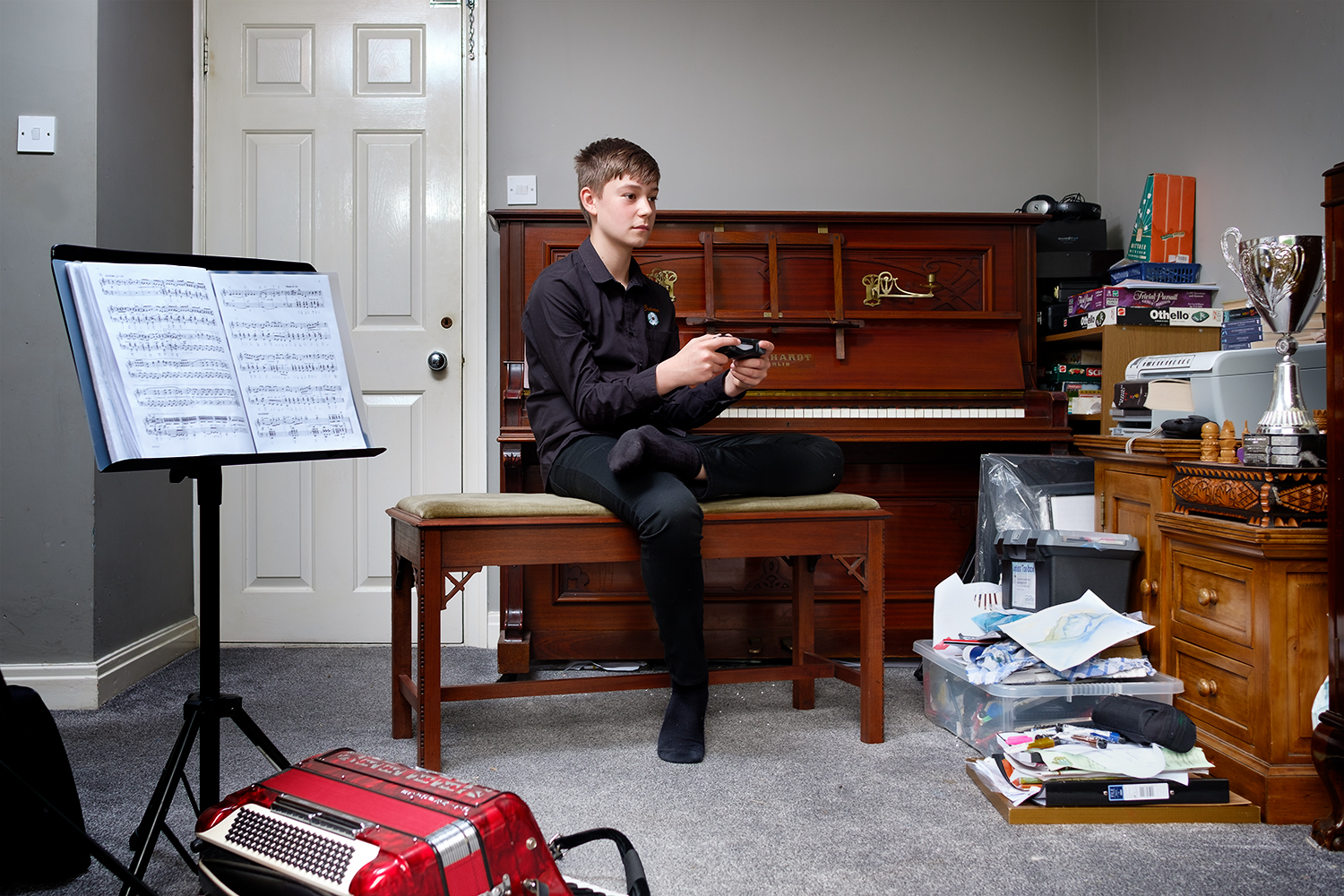 Henry is a musician, artist and school boy. This is the favourite room in his home. Around it are signs of his interests, some of which he asked to be placed. 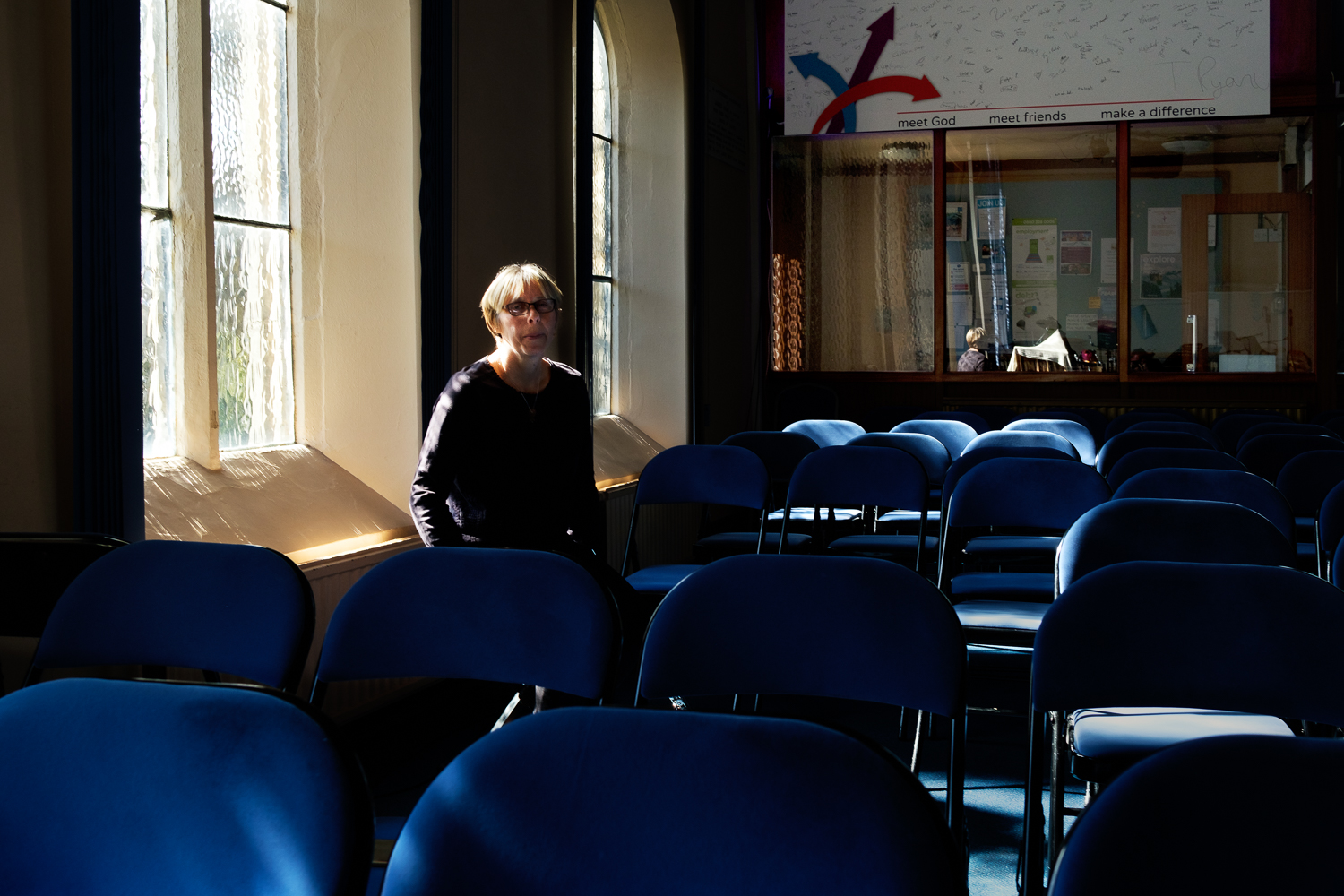 Lisa is a Baptist minister, flutist and mother. I was planning to make a photograph in her office, but this is where the real work is done. Her actions to care for the less fortunate in the community cannot be seen here.

Lisa’s image with her flute is on the home page of this blog. 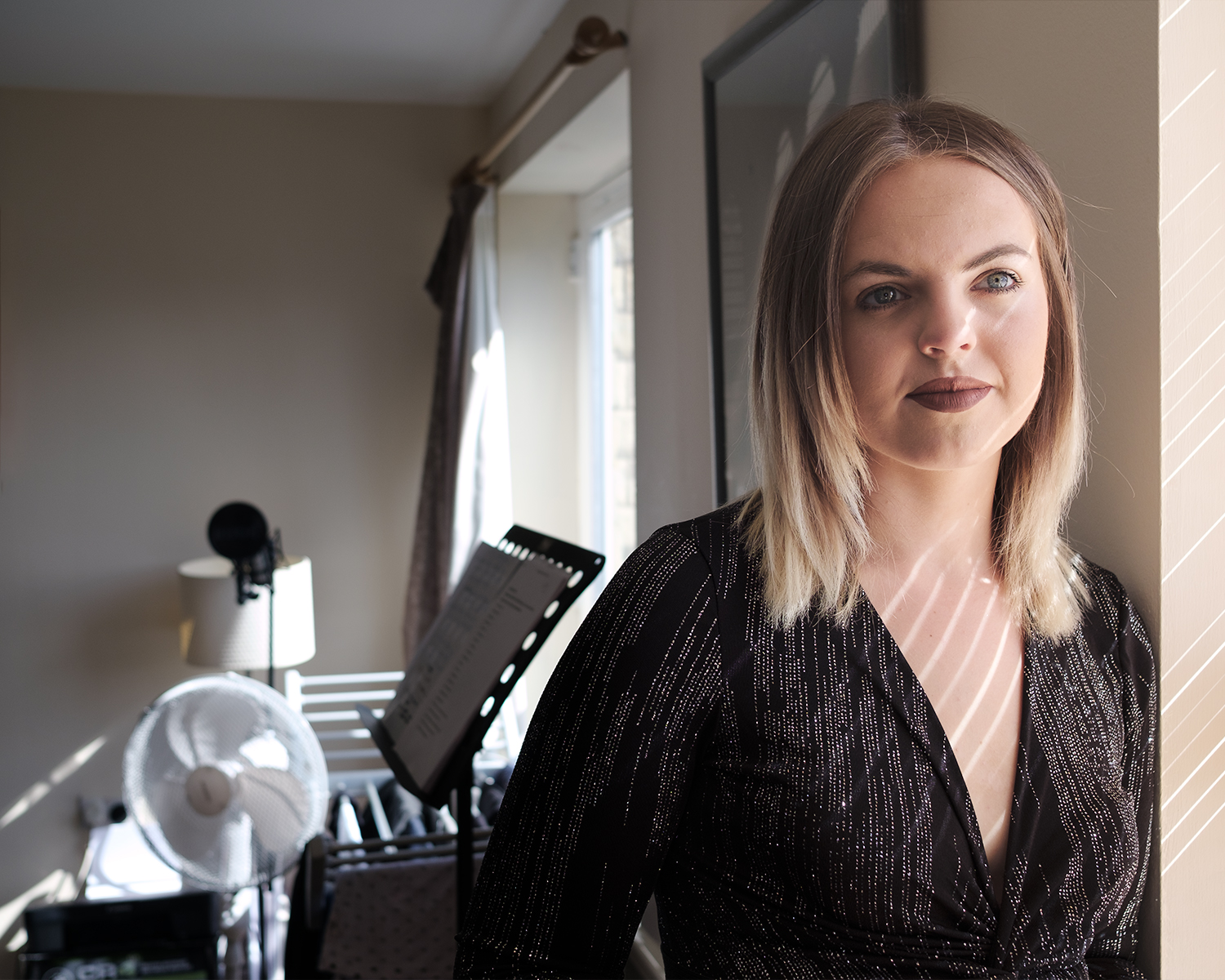 Emi is a singer, DJ and mother. She has recently set up in business after her daughter started full-time school. The photo does not tell the story of the singing lessons and choir group that happen in this place, nor of the occasional neighbourly complaints!